We are expecting for Moto G2 and Moto X+1 on September 5th event.Moto G is now out of stock on Flipkart and we also hope Moto G2 will launch as the successor of Moto G.Flipkart hints the exclusive launch of Moto G2 on its Facebook page.Flipkart hints G2 by saying “Great picture deserve an exceptional screen“.This confirms that the device could be Moto G2 the successor of Moto G2 as the rumor says Moto G2 come with large 5 inch screen this time.The Moto G2 or Moto G XT1068 could be the competitor for the trending Xiaomi Mi3.Also, Moto G XT1068 is expected for the same price of Moto G around 13000 Indian Rupees.

Also, the retail box of Moto G2 is found in the Flipkart warehouse and we expected the device could available for sales from September 5th exclusively via Flipkart.Moto G2( XT1068) would have the same design concept of Moto E carrying speaker at front on 5inch HD display.The mobile also improves the camera part which was lacking in Moto G by providing 8 MP primary camera. 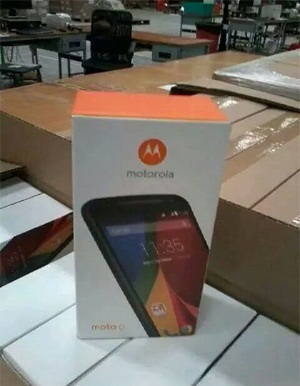 By Vijay Nelson Raj
AndroidHow to

Motorola One Power launched with Snapdragon 636 priced at Rs.15999