Though being the new brand, LeEco or Letv Le 1s managed to make a record-breaking sale in India. The days are now gone where people hesitate to buy a Chinese mobile. Now the Indian consumers are ready to take any new Chinese brand if the device looks promising. After using it for more than a week, I am writing this review of the Letv Le 1s. In this review, I will take about the every single aspect of the device with its advantages and disadvantages. The review is made on the basis of  Design, Display, Performance, Camera, UI, Battery and not just talking about the specification. So here is the LeEco Letv Le 1S review and let’s find out the actual capability of the phone.

I must say the look and the premium feel of the LeEco Le 1S are its main advantage.

The phone looks and feels absolutely premium with metal finish. May say the phone looks like iPhone but I would say that Letv Le 1S has got its own style. Talking about the design of the phone, the multi-color notification light, Sensor, Earpiece and the 5MP selfie camera are placed at the top. Followed by the 5.5-inch display, there are three navigation buttons and they are backlit enabled. To the bottom, two speaker grills are found out of which only one is the actual speaker. In between the two grill the USB Type-C port is placed. To the right-hand side of the Letv Le 1s, Volume buttons and Power key are found. To the left, we have the SIM slot which can be ejected using the SIM ejecting pin. The first SIM is the Micro SIM type and the second SIM is the Nano SIM type. Sadly there is no port for the Micro SD Card and it does not have the expandable memory option. On the top of the phone, the 3.5mm Earphone jack, and the Infrared Sensor (IR Balster) is found. To the rear side, there is a 13MP primary camera followed by single LED Flash and a noise canceling mic.  Jus below the fingerprint scanner and the LETV logo is found. The rear panel of the phone cannot be removed and the battery is built-in. Though the Letv Le 1S is 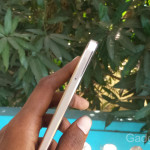 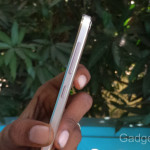 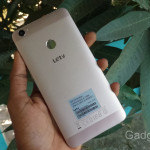 On the top of the phone, the 3.5mm Earphone jack, and the Infrared Sensor (IR Balster) is found. To the rear side, there is a 13MP primary camera followed by single LED Flash and a noise canceling mic.  Jus below the fingerprint scanner and the LETV logo is found. The rear panel of the phone cannot be removed and the battery is built-in. Though the Letv Le 1S is a 5.5-inch device, the phone doesn’t feel difficult to hold and thanks to its sleek design.Watch the unboxing video know what you will get inside the box package.

The LeEco or the Letv Le 1S has the 5.5-inch 1080p display with the 440 pixels  per inch. The display looks very bright and it supports 10 multi touches. The display of the Le 1S is protected by the Corning Gorilla Glass 3 and the touch response of the phone is great. There are different color modes like Letv, Vivid, Natural and Soft which you can choose according to your need. There is no problem while accessing the phone in the sunlight. Thanks to the Auto brightness and it does adapt to the light quickly. Sadly, the phone doesn’t have the double tap to wake up and lock feature.

While talking about the performance, the technical specification of the device is as follows. The Letv Le 1S is powered by the 2.2 GHz Helio X10 MediaTek processor and 3GB RAM. The multitasking on this phone is just awesome and you will feel like using a high-end device. I have enjoyed playing games in the LeEco Le 1S and there is no big issue with the performance. I have tried playing some of the games like Crossy road, Limbo, Mortal Combat, Asphalt 8 and Overkill 3. The Small games performed really well and I was able to play the HD games without any lags and frame drops. But I have noticed very minute frame drops while playing Asphalt 8 on a high graphics settings when many Apps are running in the background. But still you can kill the background running Apps before opening any high-end games. 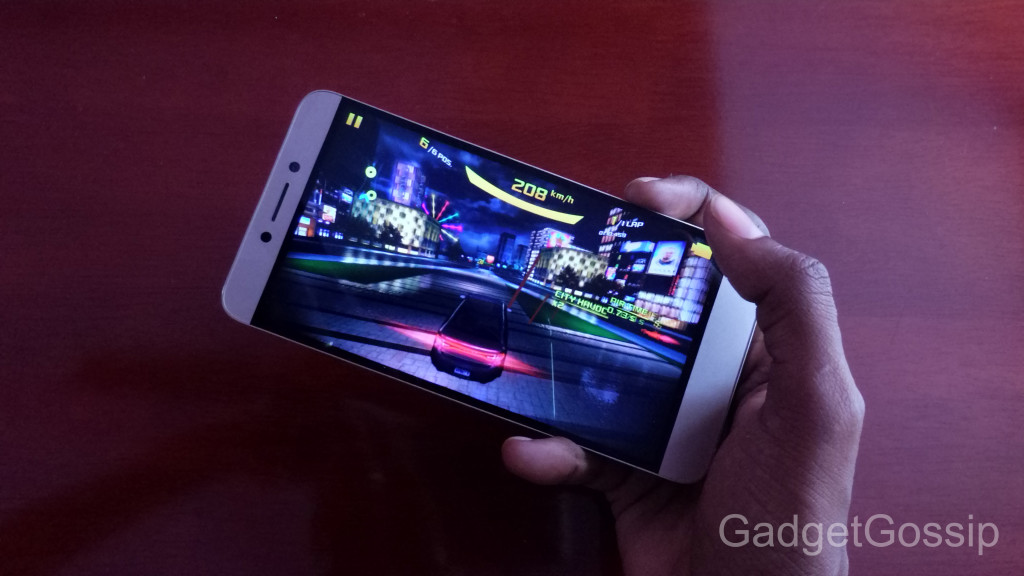 The device tends to get little warmer while playing games as the phone has the metal finish. But the heat is highly acceptable and there is no serious heating issue with the Letv Le 1S.

Talking about the camera, the Letv Le 1S has the 13MP rear camera with single LED Flash. The front camera is 5MP with wide angle lens with F2.0 aperture. I must say the output images are good with enough of details.The camera interface is so simple and gives control over the features like delayed photos, Shutter sound, Store Location, Exposure, Picture size, White balance, ISO, Contrast, Sharpness, and saturation. The default camera of the Letv Le 1S does not have the HDR Mode but still you can use some third party camera Apps like Google Camera.Some of the sample images of Letv Le 1S is attached below. 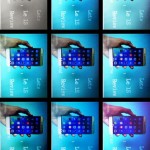 The default camera of the Letv Le 1S does not have the HDR Mode but still you can use some third party camera Apps like Google Camera.Some of the sample images of Letv Le 1S is attached below. 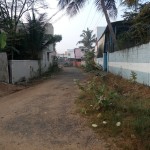 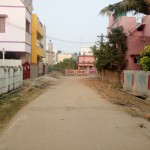 The front facing 5MP selfie camera can able to capture some detailed selfies. The phone also comes with some inbuilt filter which you can use while talking selfies.

The storage is the one of the main drawbacks of the Letv Le 1S. The phone has only 32GB of internal storage and it cannot be expanded using a Micro SD Card. There is no Micro SD card slot found and the SIM slot is also not a hybrid SIM. But still you will have 24GB of memory available for installing Apps, games and storing your music and images. This would be enough for most of us but if you are a heavy user you still use the OTG Cable to attach the pen drive and you can upload your data, images to the cloud storage as well. 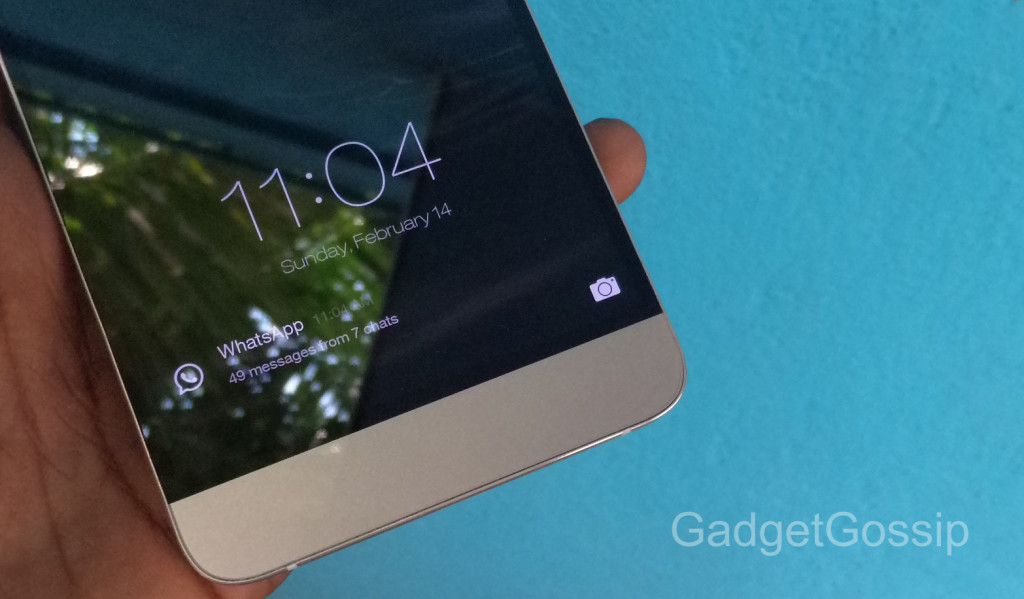 The Letv Le 1S runs on the Android Lollipop 5.1 with their own custom EUI on the top. The UI is so light and feels so smooth to operate. The User interface does not have any App drawer similar to many other Chinese ROM. The UI allows you to make lots of changes and customize according to your need. The one of the main features I liked about the device is the single hand mode lock screen. If you hold the device in left hand and swipe the left side of the screen the lock screen will appear on the left. similarly, if you swipe from the right, the password panel will appear on the right.This might be the small features but many of the very small add-on features like this make the EUI very pleasure to use.

I hope the company will release many software updates and enhance the user experience much more. Also, there is much possibility for the Letv Le 1S to get the Android M 6.0 update soon.

The IR sensor on the Letv Le Is is the one of the cool features. Using this feature, you can use your phone as the remote. You can control your TV, AC, Projector, Sound speaker from your place. The phone comes with the preinstalled App can “Remote Control” which has some of the top brands but still if you don’t have your tv or AC brand on the list, you can configure as the universal remote.

The Letv Le 1S has 3000 mAh battery and it is not user removable. The phone also does support the fast charging feature. The LeEco Le 1S battery lasted around 8-10 hours with WiFi or Mobile data kept ON every time, few minutes of gaming and using WhatsApp, Facebook and browsing all other time. I must say the battery life of Letv le 1S is not that great but still it is decent enough for the average users. Thanks to the Fast charger as you can charge your phone from 0-100% in just 2 hours. You must use the charger provided inside the box pack to charge your phone faster.

After reading the LeEco or Letv Le 1S review, you would have got some knowledge and the performance of the device. Personally, I liked the phone very much. But the only thing I hate about the phone is that you have to register and participate in Flash Sale to buy the Letv Le 1S. It is the one of the best phone below 15,000 which you can buy without any second thought. But the only con of this Smartphone is that it doesn’t have the expandable memory option. If you want to help the channel out then please use the above-given button to buy the products. As usual,ga if you liked the review please share it on Social networking sites that will boost us to work better.

Vivo Y66 Review - Could have been better

Asus Zenfone Live Review : Company should have skipped it